Huoh, huoh, houh.  Liz can still hear that call repeatedly made by the gulls. 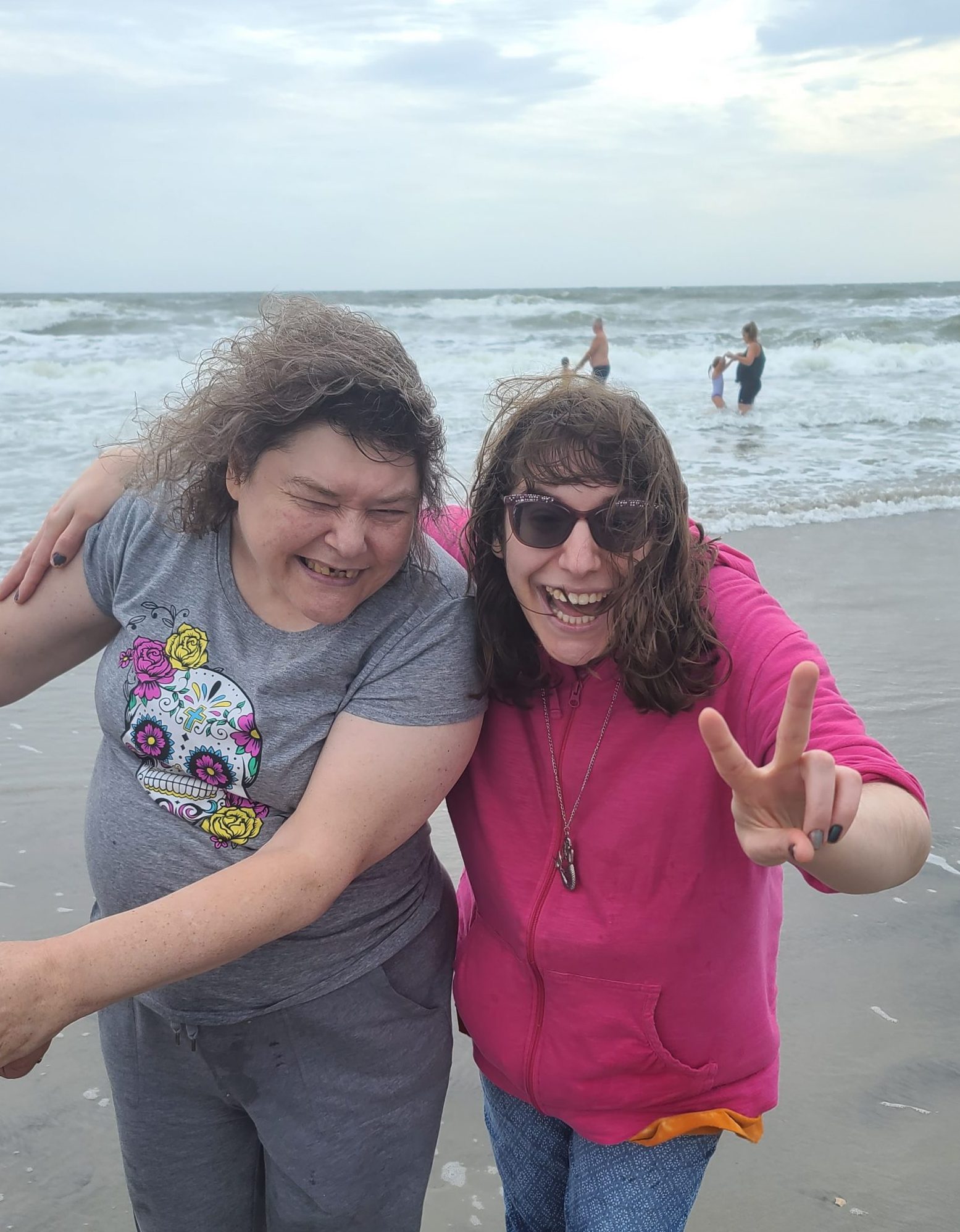 “I had such a good time!  I played in the water and sand,” she smiles.

You see it was her first trip to the coast to feel the waves and salty breeze.  And Liz got to share it with her housemate Elise.

“It was such a blast,” Elise adds.  “And, as a fairly frequent beach-goer myself, I must say that the sand was a lot nicer than the Outer Banks.”

The pair also enjoyed walking the boards and people watching on their seaside outing to Atlantic City, New Jersey.

But the bright future ahead for folks like Liz and Elise is in jeopardy.

Insufficient Medicaid reimbursement for services threatens the lives of people with intellectual disabilities.  It affects everything from our ability to retain (and adequately pay) talented staff to the social and recreation programs that CPARC offers to folks like Liz and Elise.