Sandy has support, because of you

For Richard, Jennifer, and newest house mate Sandy, their home in Mt. Holly Springs is a place where they all feel safe and supported.

“It really is a family here,” said Samantha, a staff member who assists them. 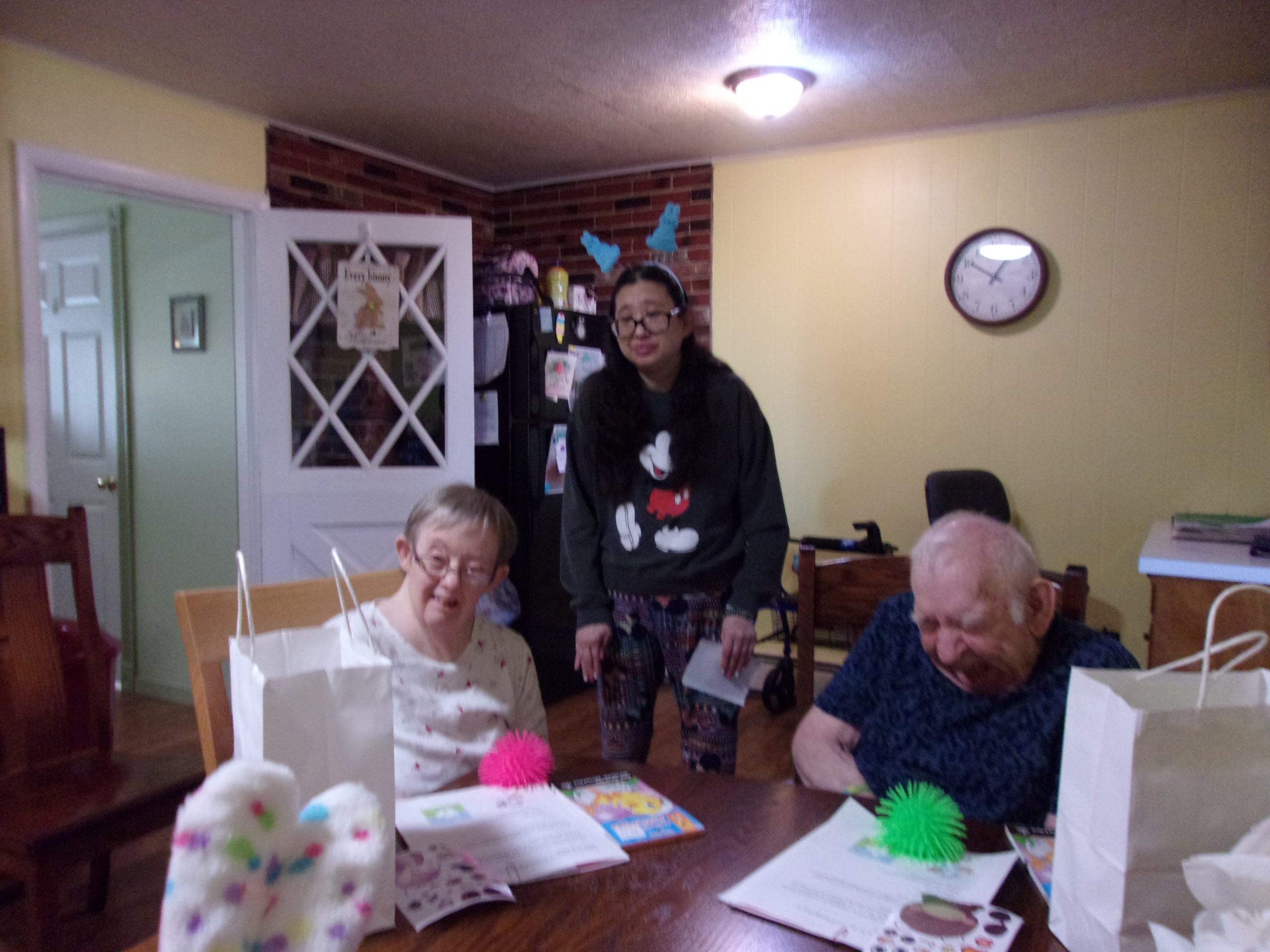 Richard, Jennifer & Sandy are friends and housemates who are part of a family at CPARC

Together, with your support, Richard, Jennifer and Sandy, have become a family, sharing their interests and lives with each other.

Sandy recently came to live at the home after she needed some additional support. There are some age differences of the three residences, as Richard is in his early 80’s while Jennifer and Sandy are in their mid-40’s to early 50’s but everyone focuses on the similarities more than the differences.

The transition went well and has helped as she deals with new challenges in her life related to aging.

“She has just meshed with everyone else at the home,” she said. “She has found someone to chat with in Richard and common interests with Jennifer. This is helping her connect with others.”

These interests include Spongebob Squarepants, which she watches with Jennifer, and Gunsmoke, which Richard is a big fan of. Because Sandy and Richard are both retired, they both spend more time at home and have become friends.

“It’s a fresh breath of air having their conversation fill the home,” Sam added. “Sometimes, it’s a language all their own.”

You bring people together and support fulfilling lives to individuals with disabilities.